HomePage/assetList/DIY Bus
DIY Bus
3610 1
Production process
Owing to the tank in the last issue, someone praises me (or just my tank) for loveliness, so I really don’t want to compress my talent for DIY!! The result is I fumbled a bus this week.
The tank was teased about the shape, after careful analysis, M guess it is likely because too round appearance is not very expressive. After all, “the curve belongs to God”, it makes sense to duel with man’s straight line matters. Because the square shape of a bus, it is just meant to be my classic work.
Afterwards, M picked up this overbearing big Bus, getting ready for the serious business.
The materials are still handy——discarded cardboard boxes, skewers saved from a barbecue and bottle caps of mineral water. After all, I am fond of shopping online, so I have enough stockpiles for supply.
And sure enough, after entering the field of straight line, M’s deft hands couldn’t be stopped.
At first, I got in touch with the original author for the size.
And then, M made much ado about the head.
After the basic shape was OK, M found the original author took out a spray lacquer to paint, unexpectedly!  There was a fierce struggle in M’s heart then: buy one online? What a joke. Three days would be wasted on express, and the cost of expressage was more than that of spray lacquer. What’s more, spray paint was unhealthy! As a result, I competed the paint work manually.
The bus body was basically done, and then I started to work on the tyres. This time, with the help of bamboo sticks, there was absolutely no need to worry about the frictional force brought by disposable chopsticks. However, the process of painting the tyres was full of difficulty, let that pass, the result was the very rough one wheels.
It could run smoothly.
Imagining the upcoming beautiful bus, I couldn’t help but chuckle. And at that time, it occurred to me that the next task was too set the dynamic system! Thinking of the drive system of the tank was really not well done, so this time, there couldn’t be compromise! Aiming at the last dynamic system, M did the following analysis, first: there was too much friction between the disposable chopsticks and the straw; second: there was a lack of fixed shells on the motors, so the rubber bands always dropped down. This time, the problem of frictional force was solved, as for rubber bands…
M had common yellow rubber bands and a very tight ones, a full range~ However, things were always unpredictable. The yellow ones were too loose to drive wheels, the tight ones were too tight, because the cardboard chassis was so weak that motors could not be stuck firmly. What’s more maddening was that the tight rubber band tangled tightly around the groove so that I couldn’t take it out.  I cut it at last.
It seemed that both common and special rubber bands couldn’t meet my demand, what was to be done? Suddenly, I remembered the rubber gloves which were used to make the tracks last time! Cut off a small piece of the finger part…My god! I did it! Of course, I added a driving part on the other side smartly, imaging that it could control the wheels on the two sides at the same time, so that the bus could go forward and backward and turn. Nevertheless, the results were always disappointing, maybe you can imagine that…
Well, I’d better keep a low profile this time, giving up too complex functionality. Look, hard as it moves, the overall effect of the remote control bus is sightworthy ~
Plus a cool styling, it is the cute bus you saw in the beginning! 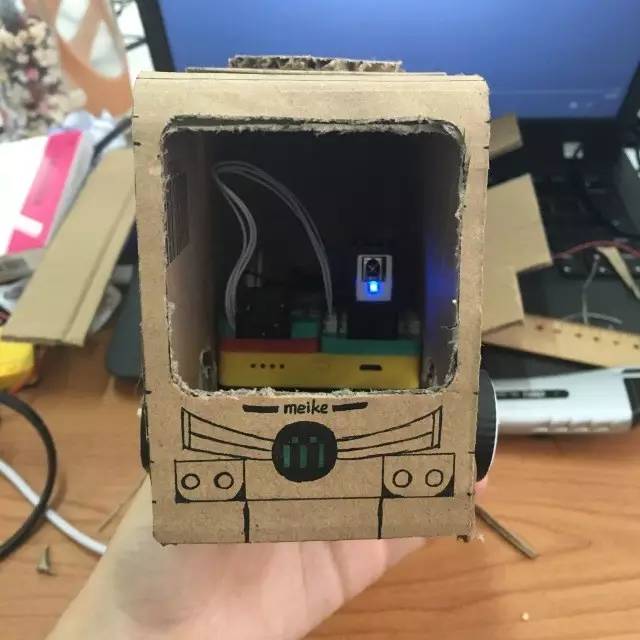 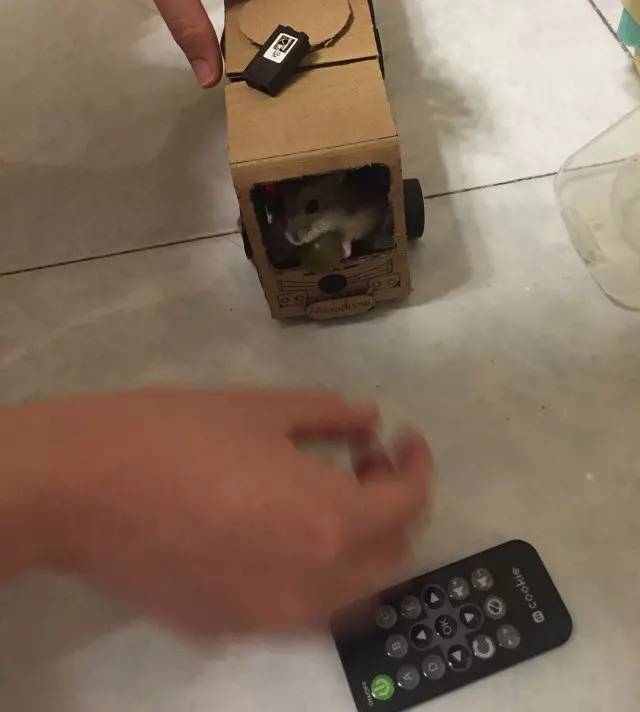 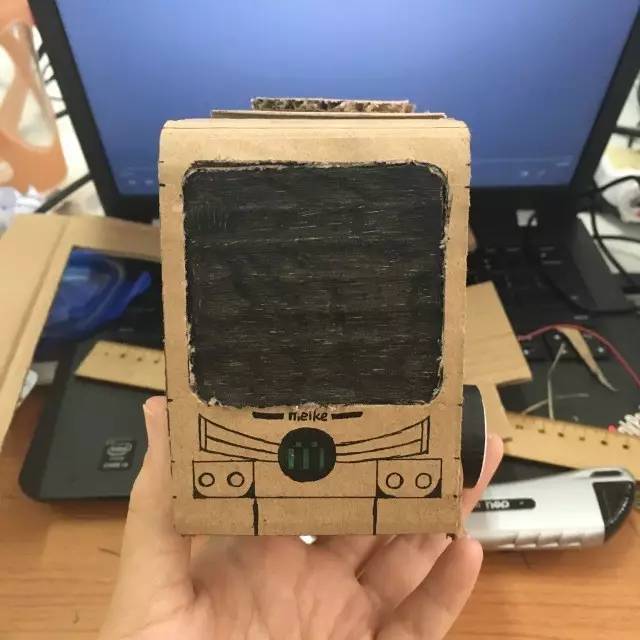 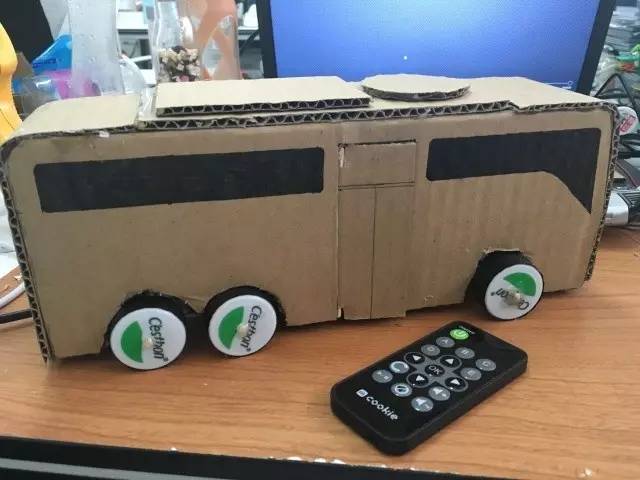 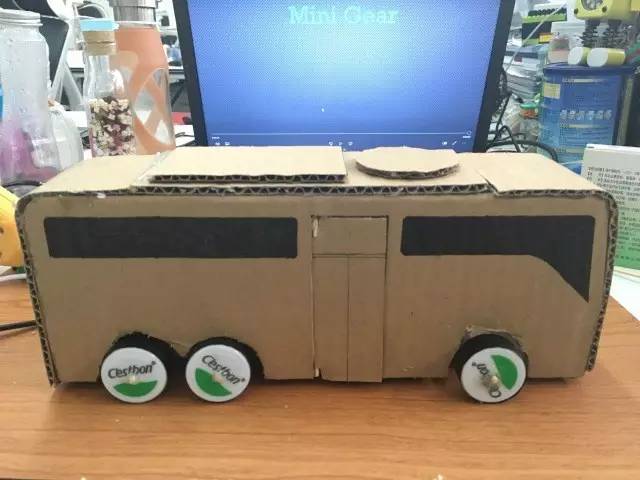 Can you publish the code ?

Master, don't look at it silently. Please login to help me comment.